The foundations to the right are the remains of the anchor columns for the flying fox.  Known at the time as the ‘aerial tramway’ it was constructed in 1895 to transport people and building materials from this more accessible side of the Gorge to the site of the Power Station on the opposite bank.

The transport buckets were suspended 46 metres above the river bed and were large enough to carry two to three passengers as they travelled the 107 metres across the Gorge.

Utilising the 31 metre fall from the south side of the Gorge, the system functioned simply by allowing the weight of the material in the buckets to work with gravity.  As full buckets rolled down from the south side, empty buckts were pulled up from the side to continue operation.  The journey across the 107 metre span of the Gorge took around ten seconds. 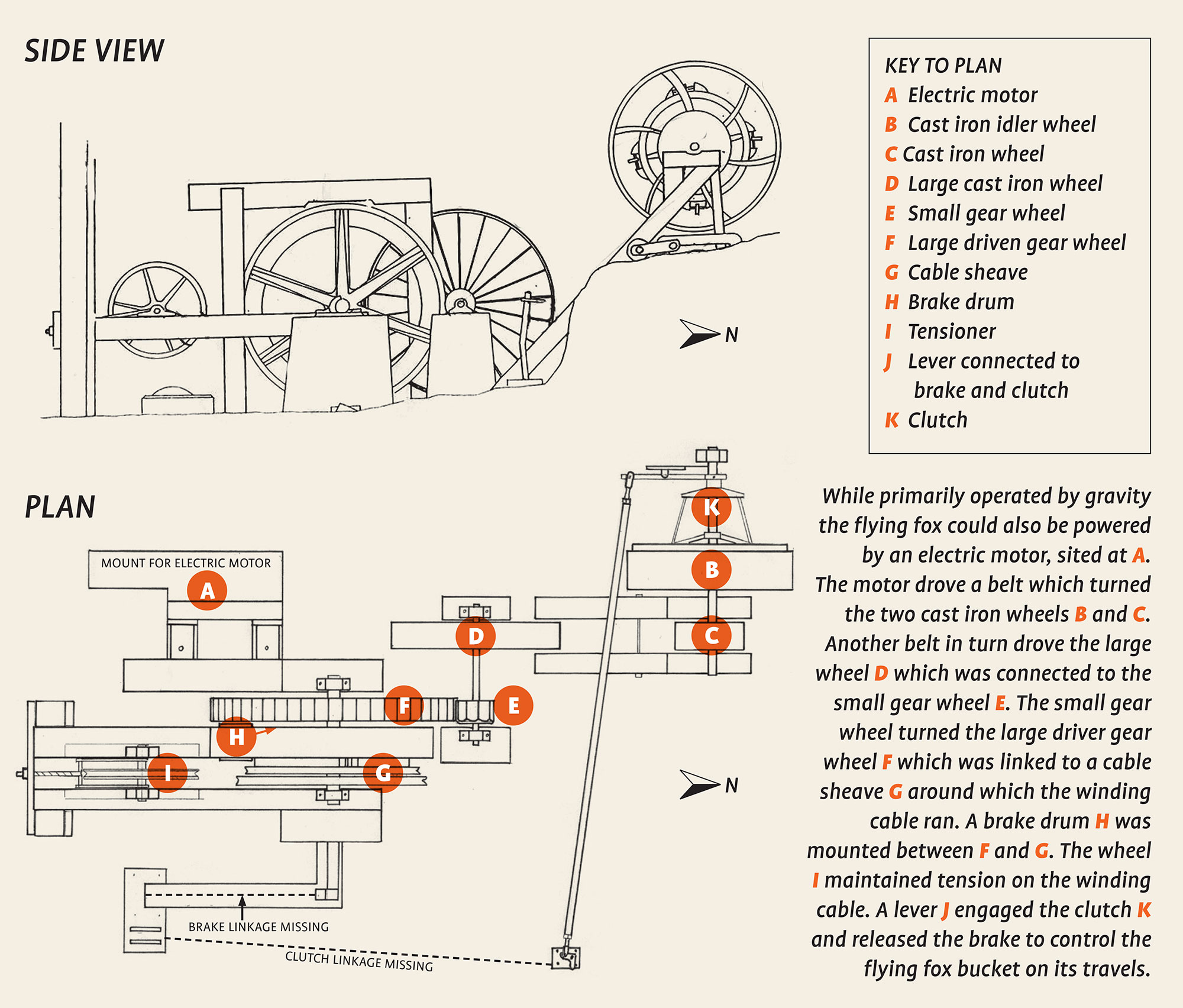 This building housed the machinery for the flying fox.  When first operated in 1895, the maximum weight the ‘aerial tramway’ could carry was 1.5 tonnes.  As the Duck Reach Power Station expanded in 1903 it was necessary to get new, heavier equipment across the river and the system was upgraded to a four tonne capacity.  The building today contains the remnants of the pulleys and turnaround equipment from the 1903 upgrade.