In April 1929, Launceston was hit by the worst flooding in Tasmanian history.  While reports of the death toll vary it is believed that up to 22 people lost their lives in the deluge and it was not until 1940 that the city fully recovered from the destruction.  At Duck Reach, the suspension bridge washed away and the Power Station building was destroyed – plunging Launceston into darkness.

The Duck Reach Power Station was an immediate success and within twelve months of commencing operation, it was necessary to expand the plant to meet increasing demand for electricity.  The station continued to run without addition to the equipment from the 1920’s to the 1950’s.  In 1955 the new Trevallyn Power Station was announced and Duck Reach was decommissioned after almost 60 years of continuous service – interrupted only by the 1929 flood damage.

The suspension bridge in flood

After an absence of 26 years the bridge was finally rebuilt in 1995 using the existing pylons and the original designs.  It is 56 metres long and one metre wide. 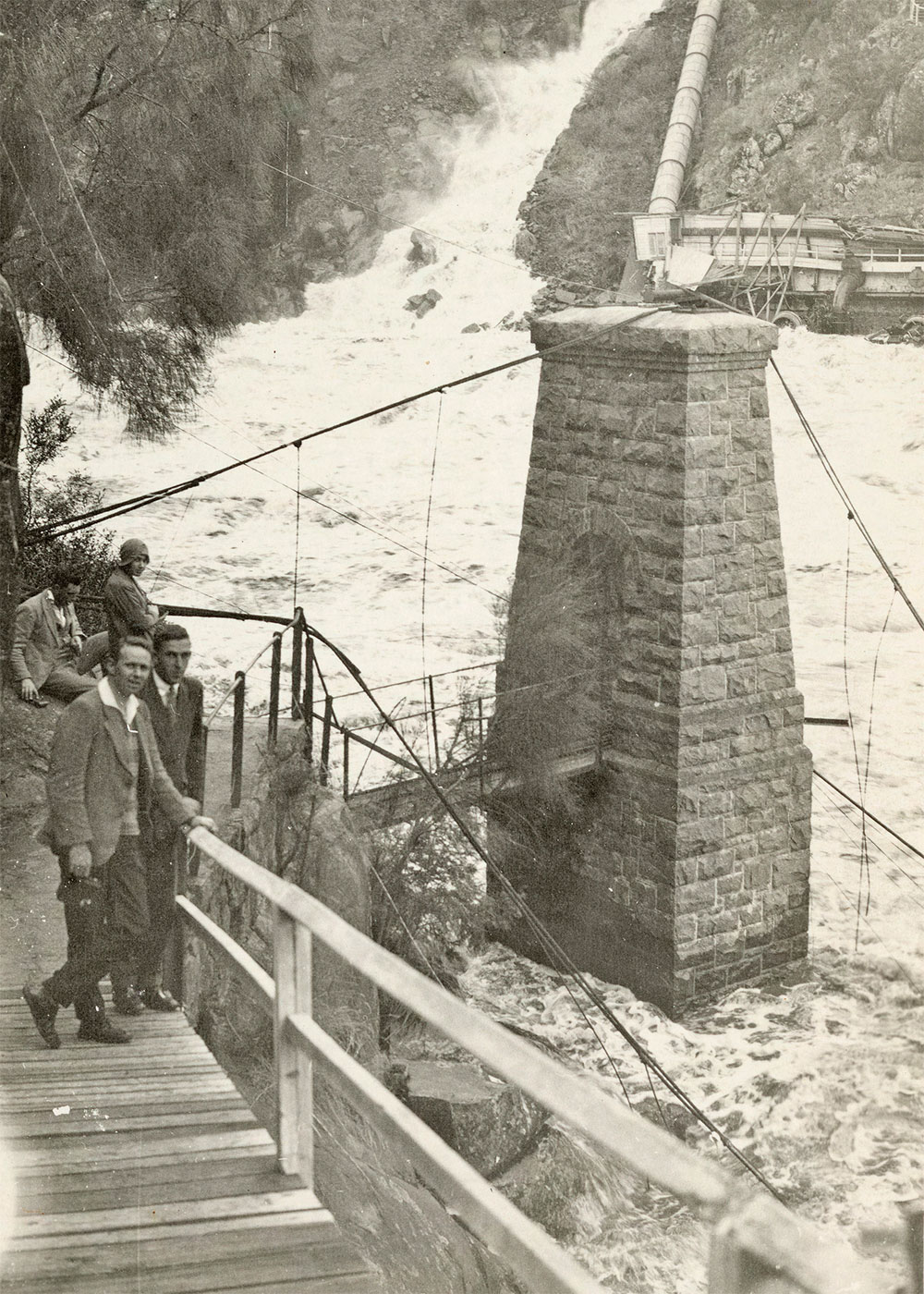 The downed suspension bridge following the 1929 flood, the wreckage of the station building visible on the far bank.